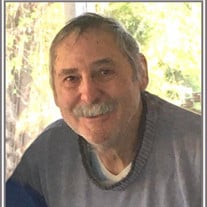 Taylor – William Ronald “Ron” Taylor, age 73, of Taylor, Florida passed away February 1, 2022, at his home. He was born on October 20, 1948, in Lake City, Florida to the late Warren Taylor, Jr. and Hazel Hawkins Taylor. Ron was raised in Baker County and graduated from Baker County High School in 1966. Following high school, Ron attended Lake City Junior College where he earned his Associates of Arts degree and started work at Armco Steel for a short season until going back to college. A few years later, Ron graduated from the University of West Florida with his Bachelor of Science degree in Chemistry. This degree assisted tremendously in his career path. He worked at PCR, a chemical company, in Olustee until he started with the Florida Health Department in Jacksonville as a Chemist. He then served as an Inspector for Health and Safety at the Hamilton County Health Department in Jasper, Florida and later as their Environmental Health Director. After over 33 years at the Department of Health, Ron happily retired in December of 2016. Ron was a member of the Sanderson Lodge and was a past Grand Commander of Grand York Rite of Florida in 1998. He was also a longtime member of Taylor Church where he enjoyed attending. Ron was a very smart man who enjoyed the simple pleasures of life. He loved hunting, reading, socializing, genealogy especially the Taylor Family history, and most recently watching movies. But more than anything, Ron loved his family dearly. He was preceded in death by his parents, Warren Taylor, Jr. and Hazel Hawkins Taylor Markham; and stepfather, Tiny Markham. Ron is survived by his sons, John Taylor and Stephen Taylor both of Taylor, FL; sister, Roxana (Chris) Bush of Fleming Island, FL; nephew, Adam (Myya) Bush of Orlando, FL; niece, Alison (Justin) Wenzel of Brentwood, TN; great niece, Calla Wenzel; and great nephew, Casey Wenzel. A Celebration of Ron’s life will be held on Sunday, February 6, 2022, at 3:00 p.m. at Taylor Church with Pastor Mark Woods officiating. Interment will follow at Taylor Cemetery. The family will receive friends on Sunday an hour prior to the service at the church. Arrangements are under the care and direction of V. TODD FERREIRA FUNERAL SERVICES, 250 North Lowder Street, Macclenny, FL 32063 (904)259-5700. Visit www.ferreirafuneralservices.com to sign the family’s guest book.

The family of Mr. William Ronald "Ron" Taylor created this Life Tributes page to make it easy to share your memories.

Send flowers to the Taylor family.