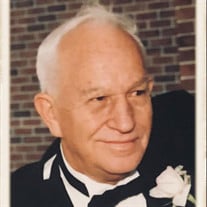 William Cecil Ellis, age 82, of Jacksonville, Florida passed away on September 3, 2021 at Baptist Medical Center Downtown in Jacksonville. He was born in Douglas, Georgia on August 8, 1939 to the late Lorace Cecil Ellis and Madeliene Giles Ellis. William was raised in Douglas, Georgia and relocated to Jacksonville, Florida with his family as a teenager. After high school, he joined the United States Navy where he proudly served our country during the Vietnam War. For the first ten years in the Navy, Cecil was a Corpsman and for the next ten years he was as a Deep-Sea Diving Corpsman. Cecil met the love of his life, Pamela Stone, while taking his mother to church. Soon after on October 28, 1967, Cecil and Pam were happily married. Cecil was a devoted husband, loving father and grandfather. He loved his country and enjoyed his time in the military. In 1977, he retired and started his own company, Bill’s Realty in Jacksonville. He was the owner, operator, and real estate broker. After over 20 years in the real estate business, Bill retired. When not working, William enjoyed sailing on sailboats and camping at Kingsley Lake. He also enjoyed being an active member of the VFW Post 7909 and the American Legion Post 137. More than anything, Cecil loved his family and enjoyed spending time with them. He was preceded in death by his parents; brothers, Woody Ellis and Henry Ellis; daughter, Kimberly Ellis Jones; and son-in-law, John Eric Jones. Cecil is survived by his loving wife of 53 years, Pamela Stone Ellis of Jacksonville, FL; daughter, Gina Ellison of Jacksonville, FL; sisters, Latrelle McKinney and Judy (Ronnie) Skinner both of Jacksonville, FL; grandchildren, Haley Nicole Jones and Aaron Ellison; along with many extended family and friends. A Celebration of William’s Life will be held on Thursday, September 9, 2021 at 1:00 pm at Evangel Temple Assembly of God with Pastor Garry Wiggins officiating. Interment will follow at Riverside Memorial Park. The family will receive friends on Thursday an hour prior to the service at the church. Arrangements are under the care and direction of Ferreira Funeral Services, 1320 Chaffee Road South, Jacksonville, FL, 32221, 904-378-7777.

William Cecil Ellis, age 82, of Jacksonville, Florida passed away on September 3, 2021 at Baptist Medical Center Downtown in Jacksonville. He was born in Douglas, Georgia on August 8, 1939 to the late Lorace Cecil Ellis and Madeliene Giles... View Obituary & Service Information

The family of William Cecil Ellis created this Life Tributes page to make it easy to share your memories.

Send flowers to the Ellis family.