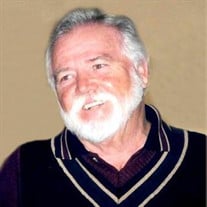 Harvey – William A. “Bill” Harvey, Jr., a resident of Taylor, Florida, passed away on December 16, 2021, at the age of 90 at St. Vincent’s Riverside Center for Caring. He was born in Taylor, Florida on January 5, 1931, to the late William Auzzie Harvey, Sr., and Sarah Ellen Dorman Harvey. Bill graduated from Taylor High School and shortly thereafter served as a paratrooper in the 11th Airborne Division where he was honorably discharged in 1953. He remained a loyal patriot and proudly flew his American flag. Upon his discharge, he began a long successful career with Southern Bell. In his later years, he enjoyed recanting stories of the people, places, and experiences he had there. He began as a lineman and retired from a management position in 1983. His retirement was short lived. He returned to work as a consultant for Raychem/Tyco Fiber Optics for the next 20 years. Bill took great pride in his home and land on the river in Taylor and maintained it in top condition. After his retirement, he spent many years and made precious memories on the golf course with his longtime buddies and dear friends, Donald Rhoden, Lonzie (Buck) Braddock and Junior Smith. He enjoyed fishing and boating on the Suwannee River where he owned a cabin for many years. He also loved listening to music, especially the blues and guitar finger picking from Roy Clark and Chet Atkins. Bill was an avid Gator fan and could be spotted wearing his bright orange Gator shirt on numerous occasions. In his early adult years, he was a member of the Jacksonville Shrine Highlanders where he spent many weekends playing the bagpipes and marching in parades. He was a man’s man who lived a full life, and he will be greatly missed. He was preceded in death by his parents and beautiful granddaughter, Natalie Laine Walker. Bill is survived by the love of his life, his wife of 68 years, Frances Hayes Harvey; his daughters, Cheryl (Bobby) Hart, Susan (Mark) Walker, and Kathy (Joey) Crews; grandchildren, Dustin (Tyleen) Hart, Jonathan Hart, Kyle Walker, Dean (Mary) Walker, Caytlin (Gary) Dugger, and Caleb Crews; his great grandchildren, Rylan, Shayne, Cayson, Ruby, Madeline, and Penelope Hart, and Brayden and Nolen Dugger; along with many extended family members and friends. A Celebration of Bill’s Life will be held on Sunday, December 19, 2021, at 2:30 pm at Glen Baptist Church with Pastor Chas Rowland officiating. Interment will follow at Taylor Cemetery. The family will receive friends on Sunday an hour prior to the service. In lieu of flowers, the family request donations be made to the Arc Jacksonville Village/Attn: Lacey Rumberger, 1050 North Davis Street, Jacksonville, FL 32209-6808. Arrangements are under the care and direction of V. TODD FERREIRA FUNERAL SERVICES, 250 North Lowder Street, Macclenny, FL 32063 (904)259-5700. Visit www.ferreirafuneralservices.com to sign the family’s guest book.

The family of Mr. William “Bill” Auzzie Harvey, Jr. created this Life Tributes page to make it easy to share your memories.