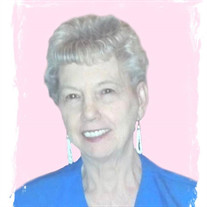 Stewart – Shirley Fay Stewart, age 79, of Hampton, Florida went to her Heavenly Home on Sunday, June 28, 2020 at Windsor Health and Rehabilitation Center. Shirley was one of twelve children born in West Liberty, Kentucky on March 14, 1941 to the late James Kelly Harper and Lidia Blair Harper. She was raised in Kentucky where she attended school and later enjoyed growing her family. Shirley was a devoted and caring mother to her eight children who she loved dearly. When not tending to her family, Shirley enjoyed being a Caregiver for the elderly. Shirley was an amazing woman who loved her Lord and Savior and enjoyed attending Sampson City Church of God where she was a longtime member. More than anything, Shirley loved her family and will be missed by all who knew her. She was preceded in death by her parents; 7 sisters, Maudie Price, Bissie Howard, Mabel Taulbee, Mary Chrystal Ratliff, Mattie McClean, Hazel Davi, and Daisy Harper; grandson, Austin Hilderbran; and son-in-law, Serafin Orozco. Shirley is survived by her eight children, Kay Orozco and Richard Hilderbran both of Graham, FL, Roger (Brenda) Hilderbran of Gainesville, FL, Connie (Reggie Mounir) Fogarty of Gainesville, FL, Terry Hilderbran of Graham, FL, Jerry Hilderbran of Hartsville, TN, Keith Hilderbran of Graham, FL, and Tammie (Randall Dees) Hilderbran of Melrose, FL; brothers, Clayton (Linda) Harper of NC and Jimmy (Louise) Harper of Richmond, IN; sisters, Murlene Smith of Richmond, IN and Reba Wilson of Tallahassee, FL; 15 grandchildren, and several great grandchildren. A Celebration of Shirley’s Life will be held on Wednesday, July 1, 2020 at 2:30 pm at Archie Tanner Memorial Chapel with Brother John Frampton officiating. Interment will be held at Antioch Baptist Church Cemetery in Gainesville, FL. Arrangements are under the care and direction of V. Todd Ferreira Funeral Services and Archie Tanner Memorial Chapel, Starke, Fl. 904-964-5757.

The family of Shirley Fay Stewart created this Life Tributes page to make it easy to share your memories.

Send flowers to the Stewart family.