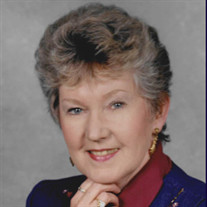 Heddle - Sharon Covington Heddle, age 80, of Santee, South Carolina went to be with her Lord and Savior in her heavenly home on September 7, 2020 at The Terrace of Jacksonville. She was born in Hamlet, NC on April 30, 1940 to the late James “Jake” Abijah Covington and Ada Tennant Covington. Sharon was raised in Hamlet, North Carolina where she was a member of Hamlet Second Baptist Church. Early in life, Sharon found her passion for music. She started playing the piano and the organ in her church as a teenager and continued perfecting her God given talents throughout her life by letting God’s light shine through her musical gifts. Sharon graduated from Hamlet High School in 1958 and started attending Howard College in Birmingham, Alabama where she met the love of her life, Ron Heddle. They were happily married on August 30, 1959 and have enjoyed 61 wonderful years of marriage. Sharon was saved by the grace of God while attending Glen Iris Baptist Church where she was baptized. While attending college, Ron and Sharon started growing their family and became parents to their son, David and daughter, Deborah. Sharon was a devoted wife and loving mother to her two children, always tending to her family’s needs while still continuing her education. In 1962, Sharon graduated from Howard College majoring in Elementary Education and minoring in Music, piano and organ. She later went on to earn her Master’s degree in reading from Troy State University. Sharon was a servant to the Lord, enjoyed furthering His kingdom through music ministry as well as serving as a pastor’s wife. She was the organist at the First Baptist Church of Jasper in Alabama, First Baptist Church of Lake Charles in Louisiana, Stallings Memorial Baptist Church in Salisbury, North Carolina and also at Elloree First Baptist Church in Elloree, South Carolina. Sharon was also passionate about her love for children and education. She taught at numerous Elementary schools in Alabama, Missouri, North Carolina, and South Carolina along with being a Librarian. Sharon retired after 24 years of dedicated service and received amazing recognition for her hard work as an educator. She was teacher of the year in 2004 for Elloree Elementary and Middle School as well as the teacher of the year in 2005 for Orangeburg County School District 3. She wrote Vocabulary Rap songs and created synchronized keyboard tests so her students could play their results by song. Sharon was always creating unique ways of teaching and making learning fun. In the 1980’s, Sharon worked as a contract Co-Leader for MasterLife for Lifeway, Southern Baptist Convention, leading conferences in various centers. She enjoyed writing children’s poetry, reading, and directing choirs, but more than anything Sharon loved her family and enjoyed spending time with them all. She will truly be missed and loved by all who knew her. Sharon was preceded in death by her loving parents. Sharon is survived by her loving husband of 61 years, Dr. Ron Heddle of Santee, SC; children, David (Karen) Heddle of Cameron, SC and Deborah (Bobby) Steele of Macclenny, FL; brothers, Ernie (Linda) Covington of Rockingham, NC and Donnie Covington of Hamlet, NC; sister, Jan (Wayne) Mercer of Norwood, NC; grandchildren, Brandolyn Heddle, Caleb (Noelle) Heddle, Ashley Steele Miller, and R.J. (Ashley) Steele; and great grandchildren, Kaydence Butner, Lexi Heddle, Madison Heddle, C.J., Grayson, and Aubree Miller, Emma and Tripp Steele. A Celebration of Sharon’s Life will be held on Saturday, September 19, 2020 at 1:00 pm at Elloree First Baptist Church, 6208 Old Number Six Highway, Elloree, SC 29047 with Dr. Ron Heddle, Rev. Todd Horton, and Rev. Clark McCrary officiating. The family will receive friends following her service at the church. Arrangements are under the care and direction of V. Todd Ferreira Funeral Services, 250 North Lowder Street, Macclenny, FL 32063 904-259-5700. Visit www.ferreirafuneralservices.com to sign the family’s guest book.

Heddle - Sharon Covington Heddle, age 80, of Santee, South Carolina went to be with her Lord and Savior in her heavenly home on September 7, 2020 at The Terrace of Jacksonville. She was born in Hamlet, NC on April 30, 1940 to the late James... View Obituary & Service Information

The family of Mrs. Sharon Covington Heddle created this Life Tributes page to make it easy to share your memories.

Send flowers to the Heddle family.