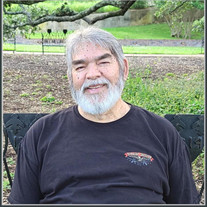 Robert “Bobby” Padgett, 77, went home to be with Jesus on December 29, 2021. Bobby was born on August 29, 1944, in Tampa, FL to Allen J. & Doris Meshell Padgett as the youngest of five. He spent most of his life in Zwolle & Shreveport, LA. He enlisted in the US Army on December 21, 1962, where he served in Korea, Italy & Vietnam before being honorably discharged on January 10, 1968. After the Army, Bobby enlisted with the US Coast Guard Reserves on May 25, 1973, and was honorably discharged on May 24, 1975. He re-enlisted into the US Army on January 24, 1978, and was honorably discharged on November 1, 1978. During his service he received the National Defense Medal, the Vietnam Cross of Gallantry with Palm, the Vietnam Service Medal with 3 bronze stars, and the Vietnam Campaign Medal. After the military, Bobby worked many different jobs. The job he loved most was serving and protecting his community as a Shreveport Police Officer from 1968 to September 1975. He often spoke of his time as an officer, and anyone listening could clearly see the pride and respect he had for his duties. Bobby loved God with all of his heart and would share the Lord’s love with everyone he met. He loved his family, friends, & his beloved dog “Bear”, hunting, fishing, & “plunking” on his guitar. Bobby is pre-deceased by his parents, Allen J. & Doris M. Padgett; a sister, Arcell Garcie; and a brother, Allen J. Padgett, Jr. Bobby is survived by his wife of 28 years & the love of his life, Patty Padgett, of Macclenny, FL; two sisters, Helen (Jerry) Harris and Alline Curry, both of Shreveport, LA; his sister-in-law, Patsy Padgett, of Belmont, NC; three sons, Robbie (Diana) Presley of San Antonio, TX; Orrin (Bobbie) Padgett of League City, TX; Tim Padgett, of Macclenny, FL; four daughters, Karen (Sean) Donham of Montgomery, TX, Nicole (Wade) Jenkins of Woodstock, VA; Stephanie (Jesse) Lopez of Temple, TX; and Rebecca Godwin of Austin, TX; 11 grandchildren; 3 great-grandchildren; and many nephews, nieces, and cousins. In lieu of flowers, the family asks that donations be made to any Veterans charity of choice or to St. Jude’s Children’s Hospital in Memphis, TN. Family will welcome friends at Ferreira Funeral Home in Macclenny, FL on Sunday, January 2, 2022, from 2pm to 4pm. Full services will be held on Monday, January 10, 2022 at 12:00 p.m. at Kilpatrick’s Rose-Neath Funeral Home, 2500 Southside Dr., Shreveport, LA, with Pastor Jeff Padgett officiating. Final interment will be immediately following the service at the NW Louisiana State Veterans Cemetery, Keithville, LA. Family will receive friends from 11:00 – 12:00 one hour prior to service at the funeral home. Pall bearers will be David Padgett, Jacob Padgett, Orrin Padgett, Tim Padgett, Patrick Meshell, and Taylor Bliss. Arrangements are under the care and direction of V. TODD FERREIRA FUNERAL SERVICES, 250 North Lowder Street, Macclenny, FL 32063 (904)259-5700. Visit www.ferreirafuneralservices.com to sign the family’s guest book.

The family of Mr. Robert "Bobby" Padgett created this Life Tributes page to make it easy to share your memories.

Robert “Bobby” Padgett, 77, went home to be with Jesus on December...

Send flowers to the Padgett family.