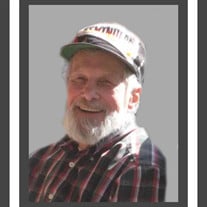 Bramlett – Riley “Dan” Bramlett, Jr. age 78, of Starke, Florida passed away on July 10, 2021 at Windsor Health and Rehabilitation Center in Starke, FL with his loving family by his side. Dan was born in Tallahassee, FL on March 21, 1943 to the late Riley Dan Bramlett, Sr. and Johnnie Lee Smith Bramlett. He was raised in Tallahassee and graduated from Leon High School in 1961. After high school Dan enlisted into the United States Marines Reserves where he proudly served his country until being honorably discharged in 1968. During his time in the reserves Dan enjoyed working as the Assistant Sargent At Arms at the Florida House of Representatives. On September 7, 1963 Dan married the love of his life, Beverly Brinson and together they spent 57 beautiful years. While still in the reserves Dan attended North Florida Community College in Madison, FL before transferring to Florida State University in Tallahassee. At Florida State Dan earned his bachelor’s degree in business in 1969. He began his career as a Certified Public Accountant the same year with the accounting firm Price Water House located in Atlanta, GA. Later, Dan moved to Jacksonville where he was employed by a private firm for several years. In 1975 Dan and Beverly purchased their home in Ponte Vedra Beach, FL while Dan was still employed in Jacksonville. Later, Dan and two of his partners opened their own accounting firm, BCC accounting in Jacksonville’s Southside. Dan retired from the firm in 1993 to pursue other opportunities. In his free time, you could find Dan hunting, boating, fishing, or golfing. Since 2007 Dan and Beverly have resided in Starke, FL where they have enjoyed small town living. More than anything, Dan loved his family and will be missed by all who knew him. He was preceded in death by his parents, and brother John Arthur Bramlett. Dan is survived by his loving wife, Beverly Bramlett of Starke, FL; his son, Benjamin (Christina Linn) Wardlaw Bramlett of Land O’ Lakes, FL; his grandchildren, Rylan Wardlaw and Macey Sloan Bramlett both of Land O’ Lakes, FL; his sisters, Sue (Ivan) Backerman of Dog Island, FL and Millie Gray of Havana, FL; his brother, Fred Thomas Bramlett; and many other extended family members. A private family service will be held at a later date. In honor of Dan’s life please make donations to Community Hospice 4266 Sunbeam Road, Jacksonville, FL 32254 / 877-609-2969. Arrangements are under the care and direction of V. Todd Ferreira Funeral Services and Archie Tanner Memorial Chapel, Starke, Fl. 904-964-5757. Visit www.ferreirafuneralservices.com to sign the family’s guest book

The family of Mr. Riley Dan Bramlett Jr. created this Life Tributes page to make it easy to share your memories.

Send flowers to the Bramlett family.