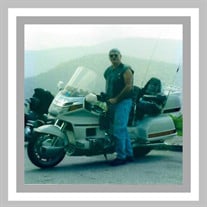 Walter – Owen Fulton Walter, age 71, of Lawtey, Florida passed away on December 1, 2021, at his residence in Lawtey with his loving family by his side. He was born in Paso Robles, California on July 18, 1950, to the late Charles Walter and Ruth Fulton Walter. Owen was raised in California where he graduated from Paso Robles High School and shortly after enlisted in the United States Navy which relocated him to Florida. He earned the rank of 2nd Lieutenant and did several tours in Vietnam proudly serving his country for 21 years. After serving active duty in the Navy, Owen took on a new role as a Civil Service Worker for 20 years at NADEP Jacksonville Naval Air Station. On April 18, 1997, Owen married the love of his life, Barbara Sue Wilkinson Walter and together they have spent 24 beautiful years. Owen was a member of Grace Community Fellowship Church where he was an active member serving as the church treasurer. He loved his church family and worshipping his Lord and Savior Jesus Christ with them. Owen enjoyed riding his motorcycle traveling all over the United States with his wife, Barbara and attending his grandchildren’s sporting events. If you knew Owen, then you probably heard him say its “It’s Another Fine Day” & “Just Peaches and Cream”. He was a great man who loved all of his family and friends dearly, and he will be missed by all who knew him. He was preceded in death by his parents; his daughter, Kristy VanHoose; and his brother Charles Walter Jr. Owen is survived by his loving wife, Barbara Sue Walter of Lawtey, FL; children, Jay Walter Seattle, Washington, Virginia (Greg) Parsons of Keystone Heights, FL, Debbie (Jim) Lawrence of Lawtey, FL, Greg (Dayle) VanHoose of Tampa, FL; brothers Jim (Donna) Walter of Prescott, AZ, Fred (Bonnie) Walter of Ashland, OR; sister in-law Chris Walter of Boise ID; 12 grandchildren; 18 great grandchildren; and 1 great-great grandson. A Celebration of Owen’s Life will be held on Thursday December 16, 2021 at 11:00 am at Grace Community Fellowship Church with Pastor Greg Pusateri officiating. Interment will follow at Jacksonville National Cemetery in Jacksonvile, FL.. The family will receive friends an hour prior at the church. A meal will be provided at the church after Jacksonville National Cemetery. Arrangements are under the care and direction of V. Todd Ferreira Funeral Services and Archie Tanner Memorial Chapel, Starke, Fl. 904-964-5757. Visit www.ferreirafuneralservices.com to sign the family’s guest book.

Walter &#8211; Owen Fulton Walter, age 71, of Lawtey, Florida passed away on December 1, 2021, at his residence in Lawtey with his loving family by his side. He was born in Paso Robles, California on July 18, 1950, to the late Charles Walter... View Obituary & Service Information

The family of Mr. Owen Fulton Walter created this Life Tributes page to make it easy to share your memories.

Send flowers to the Walter family.