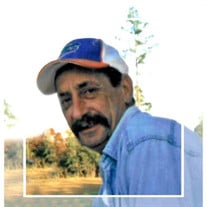 Lucas – Mikell “Mike” Eugene Lucas, known to his friends as Luke, age 60, of Macclenny, Florida passed away on September 25, 2020 at Macclenny Nursing and Rehabilitation Center. Mike was born in Jacksonville, Florida on February 10, 1960 to Dorothy Byrd Lucas and the late Thomas David Lucas, Sr. He was a lifelong resident of Baker County. After high school, Mike found his passion as an Iron Worker. He was very talented in many fields as he was a jack of all trades. Mike was an avid fisherman, Florida Gator fan who also enjoyed watching NASCAR and grilling for his family and friends. He was preceded in death by his father. Mike is survived by his mother, Dot Lucas of Macclenny, FL; his children, Brandy Michelle Davis and Brandon Mikell Lucas both of Glen St. Mary, FL; his brothers, Jeff (Kim) Lucas of Glen St. Mary, FL and Tommy Lucas; his 4 grandchildren, Chasen Davis, Tifton Davis, Rigdon Davis, and Noah Lucas; and a niece and several nephews. A Celebration of Mike’s Life will be held on Tuesday, September 29, 2020 at 2:00 pm at V. Todd Ferreira Funeral Services Chapel with Pastor Eddie Griffis and Pastor Donnie Williams, Sr. officiating. Interment will follow at Woodlawn Cemetery. The family will receive friends on Tuesday an hour prior to the service at the funeral home. Arrangements are under the care and direction of V. TODD FERREIRA FUNERAL SERVICES, 250 North Lowder Street, Macclenny, FL 32063 (904)259-5700. Visit www.ferreirafuneralservices.com to sign the family’s guest book.

The family of Mr. Mikell "Mike" Eugene Lucas created this Life Tributes page to make it easy to share your memories.

Send flowers to the Lucas family.