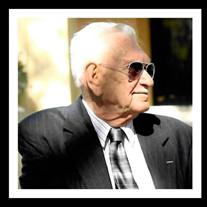 Koski – Melvin “Mel” L. Koski, age 90, of Bradford County, Florida passed away on December 30, 2021, at his home with his loving family by his side. Mel was born in Gilbert, Minnesota on November 30,1931 to the late Matthew Norman Koski and Jennie Jaglogski. He was raised in Minnesota and enlisted in the United States Army at the age of 16. While in St. Louis, Missouri, Mel met the love of his life, Thelma E. Miller, at the bowling alley on May 10, 1956, and shortly after they were married on May 30, 1956. The two were happily married for 60 years and together they lovingly raised their two sweet daughters. Mel had a successful career in the military. He was stationed in Germany for two tours and came stateside in 1967, then shortly after in 1968 was deployed to the Vietnam War. He proudly served our country in the Vietnam and Korean War. Mel was an amazing Marksman and was very talented at training gun tactics. After 20 dedicated years of service, Mel retired from the military and became the Chief of Police in Marshfield, Missouri. Following his law enforcement career, Mel attended SMSU in Springfield, Missouri where he earned his bachelor’s degree in computer science and minored in religion. He was able to use his degree to assist in his next career in the aircraft building industry at McDonald Douglas, INC in St. Louis, Missouri. In 1985, Mel and Thelma moved to Jacksonville and in 1989 made Bradford County their forever home. Mel was a caring man who would help anyone in need. He was very active in his community, in the American Legion of Starke, as well as his church, Sampson City Church of God where he was a longtime member. Mel enjoyed fishing, hunting, bowling, target practicing, and shooting guns. Most of all, Mel loved his family and enjoyed spending time with them. He was preceded in death by his parents; loving wife of 60 years, Thelma Earline Koski; siblings, Marvin, Bill, Sandy, and Betty. Mel is survived by his daughters, Dianna (Tim) Richardson of Jefferson City, MO and Monika (Gary) Baker of Starke, FL; brothers, Robert and Michael Koski both of Minnesota; sisters, Charlene Womack and Susie (James) Watts both of Minnesota; his 3 grandchildren, Taynecia Moffit, Shaun (Heather) Marksbury, and Shannon Marie (James) Crow; and his 8 great grandchildren, Mycah, Sage, Jake, Karly, and Felicity Marksbury, Alexander, Nicholas, and Ethan Crow. Arrangements are under the care and direction of V. Todd Ferreira Funeral Services and Archie Tanner Memorial Chapel, Starke, Fl. 904-964-5757. Visit www.ferreirafuneralservices.com to sign the family’s guest book

The family of Mr. Melvin Leroy Koski created this Life Tributes page to make it easy to share your memories.

Send flowers to the Koski family.