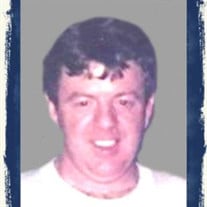 Adkins– Marcus “Mark” Lynn Adkins, age 59, of Starke, Florida passed away on October 11, 2020 at The Bradford Motel in Starke, FL. Mark was born in Columbus, GA on July 17, 1961 to the late George Joseph Kuck and Brenda Joyce Kuck. Later, Mark relocated to Missouri where he graduated from Dixon County High School in 1978. After graduating from high school Mark attended Lincoln Trail Community College where he earned his associates degree while playing baseball. Mark was a member of First Baptist Church in Starke where he enjoyed worshipping his Lord and Savior, Jesus Christ. He was an avid sports fan, but his favorite was football when he cheered on Notre Dame, and the Dallas Cowboys. More than anything, Mark will be remembered as a loving son, brother, uncle, and friend to many. Mark was proceeded in death by his father, and his brother James Adkins. Mark is survived by his mother, Brenda Kuck of Starke, FL; his sisters, Penny Davis of Starke, FL, and Wanda Kuck of Crescent City, CA; his brother, George (Michelle) Kuck Jr. of Lake City, FL; his handsome nephew, Christopther; and beautiful nieces, Sarah, Lindsay, Sarina, and Haven. In lieu of flowers, please make donations to the funeral home to assist with expenses. Arrangements are under the care and direction of V. Todd Ferreira Funeral Services and Archie Tanner Memorial Chapel, Starke, Fl. 904-964-5757.

The family of Marcus Lynn Adkins created this Life Tributes page to make it easy to share your memories.

Send flowers to the Adkins family.