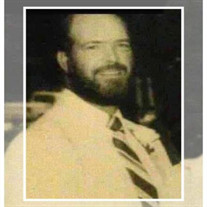 Alvarez – Leavy Alvarez III, age 74 of Starke, Florida passed away on May 11, 2022, at Riverwood Health & Rehab Center in Starke, FL. Leavy was born in Coronado Island on June 9, 1947, to the late Leavy Alvarez II and Carolyn Jean Mitchell. Leavy was born in a military family and spent his childhood traveling from state to state. Shortly after turning 18, Leavy enlisted in the United Stated Army where he served two tours in Vietnam before being honorably discharged. In 1981, Leavy made Starke, FL his forever home. On June 29, 1984 Leavy married the love of his life Cynthia Tetstone Alvarez and together they have spent 38 beautiful years. He was passionate about his longtime career as a truck driver where he transported for several different companies but retied from his family business Alvarez Trucking after spending 35 years in the industry. Leavy enjoyed watching movies but most of all, he enjoyed time with his family. He was a family man all around, and he loved his kids and grandkids dearly. Leavy was deeply loved and will be missed by all who knew him. He was preceded in death by his parents; brother, Rex Alvarez; and sister, Penny Alvarez. Leavy is survived by his loving wife, Cynthia Elizabeth Tetstone Alvarez of Keystone Heights, FL; children, Leavy (Melissa) Alvarez IV of Starke, FL. Carrie Crews of Hampton, FL, Kristy Alvarez, and Curtis (Maryelen) Alvarez both of Keystone Heights, FL; and 18 grandchildren. Arrangements are under the care and direction of V. Todd Ferreira Funeral Services and Archie Tanner Memorial Chapel, Starke, Fl. 904-964-5757. Visit www.ferreirafuneralservices.com to sign the family’s guest book.

The family of Leavy Alvarez III created this Life Tributes page to make it easy to share your memories.