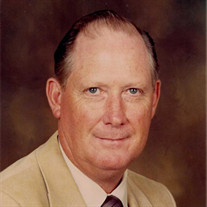 Harvey – Lamell Harvey, age 82, of Glen St. Mary, Florida passed away on Friday, November 13, 2020 at Community Hospice Center for Caring at St. Vincent’s Riverside from an extended battle with Parkinson’s disease. He was born February 4, 1938 to the late Ed Harvey and Mae Dorman Harvey. He was born and raised in Glen St. Mary, Florida. He had the privilege to live his entire life on the same farm he was born on. Lamell attended Baker County Schools and graduated in 1956 where he earned his State Farmer’s degree. Lamell married the love of his life, Peggy Rhoden on April 10, 1959. He was a devoted husband, loving father and grandfather who had three main passion in his life; his family, his farm, and bluegrass music. Lamell and Peggy raised chickens for over 40 years for three different companies, earning Top Ten Grower and Grower of the year awards many times. He was named “the man of a thousand songs” by a fellow musician because he would never sing the same song twice while picking bluegrass music for an entire weekend. Lamell enjoyed his longtime career as an Installation Engineer with AT&T where he was employed for 34 years and was the first employee to score a perfect score on a supervisor test. More than anything, Lamell loved his family and will be missed by all who knew him. He was preceded in death by his parents; his loving wife of 61 years, Peggy Harvey; and his brother, Melvin (Vivian) Harvey. Lamell is survived by his loving sons, Derek (Tammie) Harvey of Glen St. Mary, FL and Darrell (Kristy) Harvey of Ft. Myers, FL; grandchildren, Derica (Trey) Orberg, Clara Harvey both of Glen St. Mary, FL, Hannah, Luke, and Sarah Harvey all of Ft. Myers, FL; 3 great grandsons, Ryder, Nash, and Colt Orberg; sisters, Christine Paulk, Gracie Raulerson, and Beatty Mae (Floyd) Norman; and one special nephew, Ronnie (Cathy) Hilliard. A Celebration of Lamell’s Life will be held on Sunday, November 22, 2020 at 2:00 pm at Christian Fellowship Temple with Pastor David Thomas, Pastor Tim Thomas, and Pastor Elmer Crews officiating. The family will receive friends an hour prior to service at the church. In lieu of flowers, donations may be made to The Gideons International ministry, https://www.gideons.org/donate or 1-866-382-4253 or the Michael J. Fox Parkinson’s Foundation, 1-800-708-7644 or P.O. Box 5014, Hagerstown, MD 21741-5014. Arrangements are under the care and direction of V. Todd Ferreira Funeral Services, 250 North Lowder Street, Macclenny, FL 32063 904-259-5700.

The family of Mr. Lamell "Mel" Harvey created this Life Tributes page to make it easy to share your memories.

Send flowers to the Harvey family.