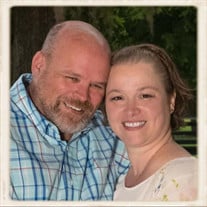 Hulett – Kenneth “Ken” Dale Hulett, age 56, of Baker County, Florida passed away on September 20, 2021 at Jackson Memorial Hospital in Miami, Florida. He was born in Columbus, Mississippi on May 31, 1965 to Peggy George and the late William Dale Hulett. Ken grew up in Mississippi and joined the United States Navy shortly after graduating high school. He proudly served our country as a Corpsman for a few years until becoming injured. Following his military discharge, Ken went to the Culinary Institute of America to perfect his culinary skills. He was a corporate chef and a bartender for various companies throughout the years. Ken was a jack of all trades and a go getter, doing whatever it took to provide for his family. Ken married his first wife, Tammy, and was blessed with two sons. He later met, Jerri Wilfong, in 1998 and relocated to Baker County where he happily married her on February 12, 2000. Together they shared 21 amazing years and had two sweet daughters. Ken served as a volunteer Firefighter in Jacksonville and most recently was a Truck Driver for CSC Transportation where he has dedicated the past 16 years and was currently employed. He enjoyed hunting, camping, golfing, cooking, was known for his jokester personality, and most of all, loved spending time with his family. He was preceded in death by his father and stepfather, George Stacy. Ken is survived by his loving wife of 21 years, Jerri Wilfong Hulett of Baker County, FL; mother, Peggy George Stacy of Columbus, Mississippi; children, Kenneth and Nicholas “Nick” Hulett both of Jacksonville, FL and Caitlin and Zoey Hulett both of Baker County, FL; sister, Marie (Mike) Harrison of Caledonia, Mississippi; 2 stepbrothers, 2 stepsisters; several nieces, nephews, and numerous extended family members and friends. A Celebration of Ken’s Life will be held on Saturday, September 25, 2021 at 11:00 am at V. Todd Ferreira Funeral Services Chapel with Chaplain Jim Cox officiating. The family will receive friends on Saturday an hour prior to the service at the funeral home. Arrangements are under the care and direction of V. TODD FERREIRA FUNERAL SERVICES, 250 North Lowder Street, Macclenny, FL 32063 (904) 259-5700. Visit www.ferreirafuneralservices.com to sign the family’s guest book.

The family of Kenneth Dale Hulett created this Life Tributes page to make it easy to share your memories.

Send flowers to the Hulett family.