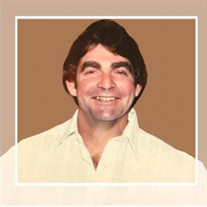 Davis – Jonathon “John” Thomas Davis of Jacksonville, FL, 70, passed away on March 8, 2021 with his loving wife by his side. He was born on June 7, 1950 in Honolulu, HI to the late Harbert “Jim” Middleton Davis and Margaret Mary Pow. He has been a resident of Jacksonville since 1960. He married his best friend and partner, Irene Flores on February 14, 1972 and enjoyed 49 years together. He was an independent distributor and passed the business on to his sons. He enjoyed golfing and watching football. He also was an avid fisherman. He was preceded in death by his parents; stepmother, Mildred Davis; and brothers, H.M. Davis III and Daniel Davis. John is survived by his wife, Irene Flores Davis; his sons, John Christopher (Beth Lee) Davis and Sean T. (Rachel) Davis; his brothers, Ronald (Janis) Davis, Jefferson (Anya) Davis, Mark (Jenny) Davis, and Joel Davis; his sisters, Esther Davis, Sharon Fisher, and Cheryl Henderson; his grandchildren, Elizabeth, Zachary, Max, and Hazel; along with numerous extended family members and friends. A Celebration of John’s life will be held on Wednesday, March 17, 2021 at 1:00 p.m. at Beaches Memorial Park Chapel, 1500 Main St., Atlantic Beach, FL 32233. The family will receive friends one hour prior to service. The arrangements are under the care and direction of V. TODD FERREIRA FUNERAL SERVICES at Beaches Memorial Park, 1500 Main Street, Atlantic Beach, FL 32233. (904) 249-1166.

The family of Jonathon "John" Thomas Davis created this Life Tributes page to make it easy to share your memories.

Send flowers to the Davis family.