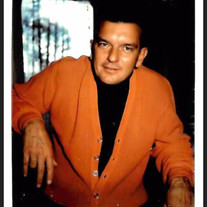 Adams – John “Jack” Edward Adams, Jr., age 90, of Naples, Florida passed away on May 22, 2021 in Maryland. He was born in Charleston, South Carolina on May 13, 1931 to the late John Edward Adams, Sr. and Iva Jean Deschamps Adams. Jack was raised in South Carolina where he graduated from high school. Shortly after graduating, Jack joined the United States Navy and proudly served our country during the Korean War. He earned his Associates degree from business college and began working at Charleston Country Club to pursue his career in the golf industry. Golf was a big part of Jack’s life. His father was a Golf Professional which was a trade he passed down. Since 1955, Jack has been a member of the Professional Golf Association. He completed his apprenticeship in Charleston and relocated to Georgia where he worked at Atlanta Army Depot as a Golf Professional. In 1968, Jack moved to Baker County and helped complete and open Macclenny Golf and Country Club where he served as the first Golf Pro from 1968-1976. After moving to Naples, he worked for various golf courses but was most proud of his time at Bears Paw and Bentley Village. In 2019, Jack finally retired, but still found much pleasure in playing golf. He also enjoyed fishing, but most of all, loved spending time with his family. Jack was preceded in death by his parents; step-mother, Vicky Adams; and his half-brother, James T. Adams. Jack is survived by his loving children, Richard (Kathy) Adams of Macclenny, FL, Cindy (Bryan) Cioni of Marathon, FL, and John (Stacie) Adams, III of Macclenny, FL; his 11 grandchildren, Kristina, Kyle, Kaylyn, Karibeth, Katie, Ashley, John IV, Corey, Dalton, Lillian, and Darcie; 14 great grandchildren; and longtime companion, Madeline Lehner of Naples, FL. A Graveside Celebration of Jack’s Life will be held on Friday, May 28, 2021 at 11:00 am at Macedonia Cemetery. The family will receive friends on Thursday, May 27, 2021 from 6:00 – 8:00 pm at the funeral home. Arrangements are under the care and direction of V. Todd Ferreira Funeral Services, 250 N. Lowder St Macclenny, FL 32063 (904) 259-5700. Visit www.ferreirafuneralservices.com to sign the family’s guest book.

The family of Mr John "Jack" Edwards Adams Jr. created this Life Tributes page to make it easy to share your memories.

Send flowers to the Adams family.