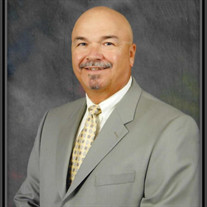 Crews – Jerry Warren Crews, age 72, of Macclenny, Florida went to his Heavenly home on January 18, 2021 at St. Vincent’s Medical Center Riverside in Jacksonville, Florida. He was born December 1, 1948 in Jacksonville, Florida to the late Henry Joseph Crews and Elaine Chesser Crews. Jerry was a lifelong resident of Macclenny, Florida and a longtime active member of Souls Harbor Church of God where he was a faithful member and served as the treasurer. He graduated from Baker County High School in 1966 and later went to the University of Florida and Jones Business College where he proudly earned his Bachelor of Science degree. Jerry met the love of his life, Donna Rhoden, while in high school, and they were happily married on January 29, 1972. He was a devoted husband, loving father, grandfather, and a best friend to his brothers. He not only loved his family but most importantly loved his Lord and Savior. Jerry enjoyed his career at CSX Transportation as a Manager and retired after 30 years of dedicated service. He was an avid Florida Gator fan who loved being outdoors, hunting and fishing. He also enjoyed vacationing and traveling with his wife, Donna, on cruises, spending time with all his family, but especially his grandchildren. Jerry is preceded in death by his parents. Jerry is survived by his loving wife, Donna Crews, of Macclenny, Florida; sons, Warren Tyler Crews and Derek Scott (Becky) Crews both of Macclenny, FL; brothers, Harry (LeAnn) Crews, Henry Ellis (Paula) Crews, Gordon (Marcheta) Crews, and Victor (Christie) Crews all of Macclenny, FL; five grandchildren, Dustin Haller, Madison Haller, Ashton Haller, Kately Crews, and Madison Crews; along with numerous extended family members. A Celebration of Jerry’s life will be held on Saturday, January 23, 2021 at 11:00 a.m. at Souls Harbor Church of God with Bishop Daniel R. Sturgill and Pastor James Scott officiating. Interment will follow at Woodlawn Cemetery. The family will receive friends on Friday, January 22, 2021 from 5:00 – 7:00 p.m. at the church. Arrangements are under the care and direction of V. TODD FERREIRA FUNERAL SERVICES, 250 North Lowder Street, Macclenny, FL 32063 (904)259-5700. Visit www.ferreirafuneralservices.com to sign the family’s guest book.

The family of Mr. Jerry Warren Crews created this Life Tributes page to make it easy to share your memories.

Send flowers to the Crews family.