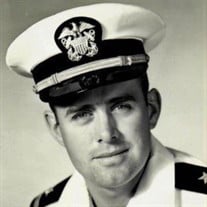 Burns – James Francis “Jim” Burns Jr., 80 of Atlantic Beach, Florida, passed away on October 14, 2020, after a long battle with Parkinson’s Disease. He was born in Scranton, Pennsylvania, on the 4th of July in 1940. After he graduated with a B.S. in Math and Chemistry from Mansfield University in Mansfield, PA, Jim joined the United States Navy. He married the love of his life, Jane Richmond, in 1963. Jim, Jane and their young daughter, Anne, moved to Atlantic Beach, Florida, in 1970 when he was relocated to Naval Station Mayport. He was proud to have served as a Lieutenant and Damage Control Officer on the USS Saratoga during the Vietnam War. After the Navy, Jim became a teacher of Chemistry and assistant basketball coach at Bishop Kenney High School in Jacksonville, FL. In 1982, Jim moved his family to Columbus, Ohio, where he started a business with his close friend, Jane’s cousin Eric Richmond. Jim owned two successful businesses in Ohio until they moved back to Atlantic Beach in 1999, where he returned to teaching Mathematics at Jean Ribault High School in Jacksonville, FL. He was a longstanding member and past National President of the National Association of Power Engineers. Jim was an avid sports fan, the captain of his high school basketball team, a college soccer referee and a loyal fan of The Ohio State Buckeyes, where both of his children attended college. He loved spending time with his family and went to every swim meet, soccer match, baseball game, band performance and drum line competition. Jim was a patriot and a loving husband, father, grandfather and friend. He will be dearly missed. He is preceded in death by his parents, Gertrude and James Francis Burns Sr. Jim is survived by his loving wife of 57 years Jane, his two adult children Anne Meister and James Francis “Jimbo” Burns III, his brothers John Joseph “Jack” Burns (Lonnie) and Gerald “Jerry” Burns (Donna), his grandchildren Cody Meister, Jacquelyn “Jacqui” Burns, Donna Jane “DJ” Meister, Patrick Meister and Nicholas Meister. A Mass of Christian Burial will be held by the family at 11:00am on Friday, November 6 at St. John the Baptist Catholic Church in Atlantic Beach, FL. The arrangements are under the care and direction of V. Todd Ferreira Funeral Services at Beaches Memorial Park, 1500 Main Street, Atlantic Beach, FL 32233. 904-249-1166. Visit www.ferreirafuneralservices.com to sign the family’s guest book.

The family of James Francis Burns Jr. created this Life Tributes page to make it easy to share your memories.

Send flowers to the Burns family.