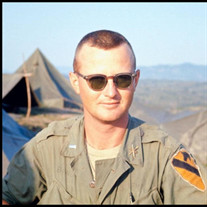 Bowers - James Jefferson Bowers, age 79, of Jacksonville, Florida passed away on March 14, 2020 after a lengthy battle with numerous health issues. Known to many as Jim and as Jimmy to close family, he was born in St. Petersburg, Florida in 1941. His family moved to Jacksonville, Florida in the mid-1940’s before eventually settling in Fernandina Beach, Florida where his parents operated the Blue Seas restaurant. He graduated from Fernandina Beach High School in 1959 where he was class president and co-captain of the football team. After a brief stint at Florida State University, he joined the United States Army and was commissioned a Second Lieutenant in the Field Artillery branch and assigned to the famed First Cavalry Division (Airmobile) at Fort Benning, Georgia. It was there in 1963 he met and wed the love of his life, Lana, of Dawson, Georgia. He served with distinction in the Army for twenty years which included two tours of combat duty in Vietnam. He took part in the 1965 battles of LZ X-Ray and LZ Albany which were featured in the movie “We Were Soldiers” and played a crucial role in the 1970 siege of Fire Base Illingworth. He was awarded two Bronze Stars for his actions in Vietnam, received the Purple Heart for wounds sustained in combat, awarded thirteen Air Medals for air combat operations and numerous other awards and decorations. Other duty assignments took him to Oklahoma, Germany and Turkey where, in the latter, he was entrusted with command of a NATO nuclear missile detachment. He retired from active duty service in 1980 with the rank of Major. Upon retirement, he settled in Jacksonville and pursued a second career in the “new” field of personal computers and became the first to bring the Apple Mac to the Jacksonville market in 1984. He later wrote custom software applications for businesses before declining health led to his second retirement in 2014. He was very active with the Arlington Optimist Club of Jacksonville for many years, served as its president for several terms and received numerous awards for his outstanding volunteer efforts to the club. He was also very active in the 1/77th Field Artillery Association and enjoyed organizing many of the association’s reunions and veteran outreach efforts. He loved his dogs, was passionate about Florida State Seminole football, enjoyed boating immensely, pursued extensive family genealogy research and always had some type of DIY project in progress. He is preceded in death by his parents, Jefferson T. Bowers and Lillian Bowers both of Fernandina Beach, FL; and sister, Shirley Ann Croft of Brewton, AL. Jim is survived by his loving wife of 57 years, Lana Bowers of Jacksonville, FL; children, Lieutenant Colonel Jeff Bowers (Magdalena) of Memphis, TN and Jana Hickman of Jacksonville, FL; brother David (Susan) Bowers of Orlando, FL; grandchildren, Zackary Hickman, Keira Bowers, Jamie Bowers, J.T. Bowers and Theresa Bowers; nieces and nephews, Cleve McRee, Laurie Martin, Lance Croft, Hilary Crandall and Ian Bowers. A Graveside Service will be held on Thursday, March 19, 2020 at 11:30 a.m. at Jacksonville National Cemetery where military honors will be rendered. The family will receive friends on Wednesday, March 18, 2020 from 5:00 – 7::00 p.m. at the funeral home. The arrangements are under the care and direction of V. TODD FERREIRA FUNERAL SERVICES at Beaches Memorial Park, 1500 Main Street, Atlantic Beach, FL 32233. 904-249-1166. Visit www.ferreirafuneralservices.com to sign the family’s guest book.

Bowers - James Jefferson Bowers, age 79, of Jacksonville, Florida passed away on March 14, 2020 after a lengthy battle with numerous health issues. Known to many as Jim and as Jimmy to close family, he was born in St. Petersburg, Florida in... View Obituary & Service Information

The family of Mr. James J. Bowers Sr. created this Life Tributes page to make it easy to share your memories.

Send flowers to the Bowers family.