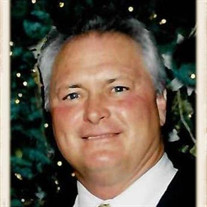 Bohannon – Herbert Byron Bohannon, age 70, of Lawtey, Florida went to his heavenly home on May 30, 2020 at his residence with his loving wife by his side. Herbert was born in Jacksonville, Florida on July 21, 1949 to the late Charles A. Bohannon and Nellie Dixie Marie Haygood Bohannon. After graduating high school, Herbert attended Santa Fe College and then transferred to the University of Florida where he studied journalism. Herbert was a body building enthusiast who won Mr. Jacksonville several times, then earned the title Mr. Florida in May of 1980 and was the 1st runner up in Mr. USA in August 1980. He was the lead vocalist in the band The Riff. In 1998 Herbert met the love of his life, Helen Meade Bohannon and were married in 2002. They spent 22 beautiful years together. He was passionate about his faith. He enjoyed praising and worshipping his Lord and Savior at Highland First Baptist Church, where he sang for many years. More than anything, Herbert was a devoted husband, father, grandfather, brother, and uncle who loved his family dearly. He was preceded in death by his parents and his brothers Charles Edward Bohannon, and Frederick Cornelius Bohannon. Herbert is survived by his loving wife, Helen Bohannon of Lawtey, FL; his son, Brian L. Frye of Lexington, KY; stepchildren, Danielle A. (Stephen) Collins of Jacksonville, and Richard (Jenna) Steele of North Kingstown, RI; sister Constance G Bohannon of Gainesville, FL and Sandra Sommese of St. Augustine, FL; sister-in-law Caroline Bohannon of Boston, MA; grandchildren Kirk, Matthew, Emberlyn and Harrison; nephews Sam, Keith, Kevin, Bob, and Michael (Jackie); nieces Kim, Melanie (Dave), Lisa, and Betty (Youssef); grandnephews Justin, Ali, and Jibriel. A Celebration of Herbert’s Life will be held on Saturday, June 13, 2020. Visitation will begin at 11:00 AM followed by service at 12:00 PM at Highland First Baptist Church 1409 US HWY 301 N Lawtey, FL 32058. Burial will take place at a later date. Arrangements are under the care and direction of V. Todd Ferreira Funeral Services and Archie Tanner Memorial Chapel, Starke, Fl. 904-964-5757.

Bohannon &#8211; Herbert Byron Bohannon, age 70, of Lawtey, Florida went to his heavenly home on May 30, 2020 at his residence with his loving wife by his side. Herbert was born in Jacksonville, Florida on July 21, 1949 to the late Charles... View Obituary & Service Information

The family of Herbert Byron Bohannon created this Life Tributes page to make it easy to share your memories.

Send flowers to the Bohannon family.