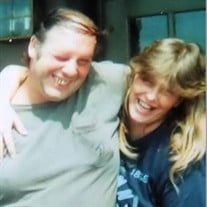 Gain – Garry Everett Gain, age 69, of Glen St. Mary, Florida passed away February 2, 2022, at Ed Fraser Memorial Hospital. He was born on October 25, 1952, in Parkersburg, West Virginia to Genevieve Gain and the late Charles Everett Gain. Garry was raised in Ohio. After graduating high school, he joined the United States Army and proudly served his country. Following his honorable discharge from the military, he started his longtime career as a Mechanic at the Federal Courthouse in Columbus, Ohio. Garry met the love of his life, Sheri Lynn Tibulski, in the late 1980’s. They relocated to Glen St. Mary in 1999 and were happily married in 2005. Garry was known for his generosity especially with food. He enjoyed cooking and sharing meals with family and friends as he certainly wouldn’t allow anyone to leave hungry. Garry had a passion for older classic cars and working on automobiles. He enjoyed being outdoors; hunting and fishing, but also enjoyed watching westerns. More than anything, Garry loved his family and enjoyed spending time with them. He was preceded in death by his father; brothers, Gale Gain and Glenn Gain; and sister, Grace Gain. Garry is survived by his loving wife, Sheri Gain of Glen St. Mary, FL; mother, Genevieve Gain of Glen St. Mary, FL; children, Traci Gain and Melissa (Shannon) Wolfe both of Ohio, Kristina (Jimmy Price) Waters of Glen St. Mary, FL, Billy Chapman, Jr. and Anthony Chapman both of Ohio, and Joshua (Jamie Sigers) Spires of Sanderson, FL; brother, Grey Paul (Virginia) Gain of Ohio; sister, Gloria Gain of Glen St. Mary, FL; along with many grandchildren and great grandchildren who he loved dearly. A Celebration Service will be held at a later time. Arrangements are under the care and direction of V. TODD FERREIRA FUNERAL SERVICES, 250 North Lowder Street, Macclenny, FL 32063 (904)259-5700. Visit www.ferreirafuneralservices.com to sign the family’s guest book.

The family of Mr. Garry Everett Gain created this Life Tributes page to make it easy to share your memories.

Send flowers to the Gain family.