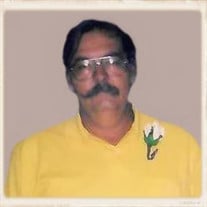 Chism – Frank “Frankie” W. Chism, age 69, of Sanderson, Florida passed away on July 17, 2021 at Memorial Hospital in Jacksonville. He was born in Jacksonville, FL on October 9, 1951 to the late Charles Wesley Chism and Hazel Lairscey Chism. Frankie was raised in Moniac and Waynesboro, Georgia where he attended school and later joined the United States Army. He served during the Vietnam War and following his military discharge, Frankie married the love of his life, Debra Carlson, on September 3, 1974. Shortly after, they relocated and made Baker County, Florida their forever home. He enjoyed his longtime career as a Truck Driver with Lauramore Trucking and Padgett Trucking, but also enjoyed hunting, fishing, and working in his shed. More than anything, Frankie was a family man who loved his family, enjoyed spending time with them, but especially loved his grandkids. He was preceded in death by his parents; brother, Johnny Chism; and his daughter, Tanya Siemering. Frankie is survived by his loving wife of 47 years, Debra Chism of Sanderson, FL; daughter, Michelle (Joseph) Thames of Waynesboro, GA; grandchildren, Charles Siemering, Wesley (Jasmine) Siemering, Taylor (Willie) Tolbert, Blake Thames, and Cruise Thames. A Private Graveside Celebration of Frankie’s Life will be held at Canaday Cemetery in Moniac, GA. Arrangements are under the care and direction of V. TODD FERREIRA FUNERAL SERVICES, 250 North Lowder Street, Macclenny, FL 32063 (904)259-5700. Visit www.ferreirafuneralservices.com to sign the family’s guest book.

The family of Mr. Frank W Chism created this Life Tributes page to make it easy to share your memories.

Send flowers to the Chism family.