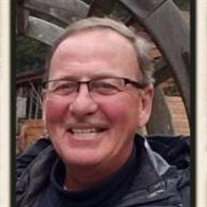 Donald Francis Wittmann, 63, passed away at Mayo Clinic of Jacksonville on November 29, 2021 with his family by his side after a short battle with brain cancer. He was born in Buffalo, New York on May 4, 1958 to Frank and Jeanne Wittmann. He was raised in Orchard Park, New York and attended Orchard Park High School. After graduation, he joined the US Marine Corps in 1977 where he worked as an amtrac operator. He was a lance corporal when he was honorably discharged in 1979. He met his loving wife, Karen O’Brien, in 1980 and they were married on August 14, 1982. They lived in Buffalo, New York for a few years where they welcomed their daughters, Emily and Grace Wittmann. During that time, he attended college at University of Buffalo where he earned a Bachelor’s in engineering. They relocated to Jacksonville, Florida for a brief period before moving to York, Pennsylvania where their son, Zachary Wittmann, was born in 1989. Donald moved the family back to Jacksonville in 1992 where he worked as a civil engineer for several companies until landing at Parsons where he was employed for more than twenty years, first as an engineer and later as a senior inspector where he was able to enjoy being outdoors on the job. He took great pride in the many projects he was involved in around the city over the years, his last being Cemetery Road, which he especially enjoyed. Donald relished being outside working in his many beautiful gardens in his free time, walking his beloved dog, Maggie, and spending time with his family. He was talented at woodworking and had an amazing green thumb. He taught his grandchildren to swim in his backyard pool. He also liked fishing and canoeing in the area waters, riding his motorcycle around town, and watching the Bills play. He was preceded in death by his father, Frank. He is survived by his wife of 39 years, Karen Marie Wittmann; his children Emily Elizabeth Wilhoite, Grace Patricia Bosse, and Zachary Albert Wittmann, all of Jacksonville, FL; mother Jeanne Wittmann of West Seneca, New York; brothers Gregg Wittmann of Orchard Park, New York, Paul Wittmann of Jupiter, Florida, and David Wittmann of Lackawanna, New York; sister Jane Tressler of Boston, New York; grandchildren Benjamin, Charlotte, Alaina, and Simon Wilhoite of Jacksonville, Florida; and many extended family members and friends. The memorial will be held on Friday, December 17th at 1pm at Ferreira Funeral Services at Beaches Memorial Park. Donald will be buried at the Jacksonville National Cemetery at a later date. The arrangements are under the care and direction of V. Todd Ferreira Funeral Services at Beaches Memorial Park, 1500 Main Street, Atlantic Beach, FL 32233. 904-249-1166. Join Zoom Meeting https://unf.zoom.us/j/94227555759 Meeting ID: 942 2755 5759

Donald Francis Wittmann, 63, passed away at Mayo Clinic of Jacksonville on November 29, 2021 with his family by his side after a short battle with brain cancer. He was born in Buffalo, New York on May 4, 1958 to Frank and Jeanne Wittmann. He... View Obituary & Service Information

The family of Donald Francis Wittmann created this Life Tributes page to make it easy to share your memories.

Donald Francis Wittmann, 63, passed away at Mayo Clinic of Jacksonville...

Send flowers to the Wittmann family.