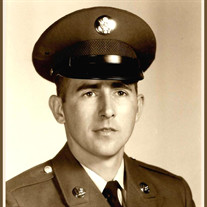 Gotcher – Danny Lon Gotcher, age 80, of Glen St. Mary, Florida passed away January 27, 2022, at WillowCreek Assisted Living in Lake City, Florida. He was born in Ponder Texas on September 11, 1941, to the late Chester Samuel Gotcher and Hattie Dimple Stallings Gotcher. Danny was raised in Texas, graduated from Ponder High School where he was very successful in basketball. He was awarded a scholarship to college where he played basketball for four years and earned his bachelor’s degree in business. In the early 1960’s, Danny met and married the love of his life, Polly. They were best friends, companions, and were a true team in raising their two sweet daughters. Following college, Danny joined the United States Army where he proudly served our country and obtained much knowledge to assist in his longtime career as a Specialist. Danny was very intelligent and enjoyed his time at Texas Instrument as a Specialist assisting in their missile development program where he served for twenty years before retiring in 1994. He didn’t stay retired long as he started at American Airlines later that year. After 10 years with the airlines, Danny stepped away from his successful career to spend more time with his family. In his younger years, Danny enjoyed hunting and most recently he enjoyed watching his favorite movies on repeat, O Brother, Where Art Thou, Lethal Weapon, and Man on Fire. Danny was a family man and loved being involved in his daughters and granddaughter’s life. When his granddaughter, Eden, was sick, Danny was always there to help with cuddles, snack foods, and lots of love. He really enjoyed cooking hamburgers, however every time he went to cook, the Florida rain came in and the hamburgers were always crispy. He enjoyed a fresh tomato eaten with just some added salt, enjoyed Mr. Good bars, oatmeal crème pies, rotisserie chicken, and loved peanut butter straight from the jar with a dash of honey. His favorite flower was the blue phalaeniopsis orchid. More than anything, Danny loved his family, enjoyed spending time with them, and lived life to the fullest. Danny was preceded in death by his parents; loving wife, Pollie Maxine Gilbreath Gotcher, and daughters, Darla Jayne Gotcher and Hollie Layne Gotcher. Danny is survived by his sister, Glenda Hatridge of Denton, TX; granddaughter, Eden Celeste Lawson of Oviedo, FL; many nieces and nephews A Graveside Service will be held on Friday February 11, 2022, at 2:00 p.m. at Macedonia Cemetery. The arrangements are under the care and direction of V. TODD FERREIRA FUNERAL SERVICES, 250 North Lowder Street, Macclenny, FL 32063 (904)259-5700. Visit www.ferreirafuneralservices.com to sign the family’s guest book.

The family of Mr. Danny Lon Gotcher created this Life Tributes page to make it easy to share your memories.

Send flowers to the Gotcher family.